Taking its design reference from the Alexandra Cast Iron Insert fireplace, the Berkeley is a cast-iron London front capable of blending effortlessly into a range of interior styles without losing its refined and historic aesthetics. The simple cast iron panel of the Berkeley has been embellished with a sophisticated arched motif around the fireplace opening. 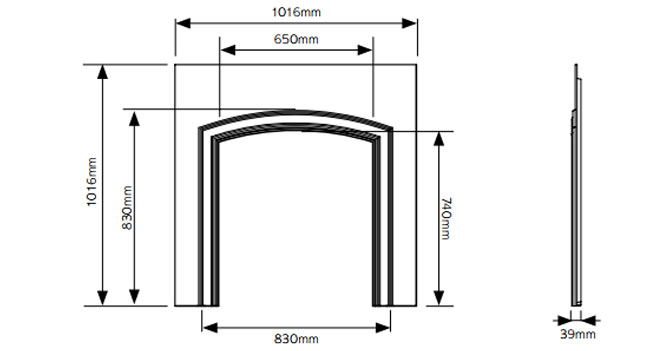